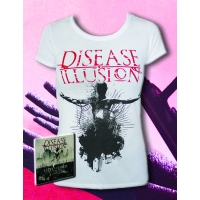 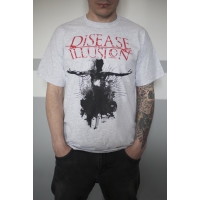 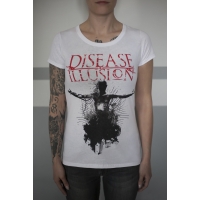 Disease Illusion is a Modern Melodic Death Metal band formed in Italy in 2008. Their music is inspired by Gothenburg sound, played with modern attitude for composition and sonority in particular. Their lyrics are about the struggle of mankind.

The band released its first self-produced EP named “Reality Behind The Illusions Of Life” in 2009. Two years later, in 2011, they released their first full length album “Backworld” with the Belgian label “Ultimhate Records”, with worldwide physical and digital distribution. The recordings were done at Regrexion Studios and Domination Studios in Italy, and the artwork was done by Archetype Design. They also released a music video of the song “One Last Breath”.

In the following years they promoted the Album on the stages of Italy, Switzerland, Croatia and Czech Republic. In 2016 the band released the single “New Order” along with a Lyric video by Eklipse Design.

Disease Illusion shared the stage with Aborted, Beneath the Massacre, Bleeding Through, Bleed From Within, Dreamshade, Dying Fetus, Misery Signals, Neaera, Origin, Revocation, Your Demise, Vision Divine, Warbringer, and took part to Metalcamp festival in 2009 in Slovenia.

The band has now recorded its second full length at Dysfunction Studios, produced by Giuseppe “Dualized” Bassi, with artwork done by Eklipse Design. They also have released video of the song “Red Wine Stained Cheek” contained in the new album.